STUTTGART, Germany — U.S. Africa Command is aiding the buildup of a specialized commando brigade in Somalia that has emerged as a key force in the fight to reclaim territory held by al-Qaida-aligned insurgents.

During a visit to Somalia this week by AFRICOM’s Gen. Thomas Waldhauser, talks with the country’s leadership centered on the progress of Somalia’s Danab (Lightning) Advanced Infantry Brigade, a military statement said.

“We’ve learned the importance of factoring in cultural and region-specific considerations,” Waldhauser said in the statement. “We work closely with our Somali partners ensuring the composition of specific Danab companies is appropriate for the security sector where they’ll be employed.”

When training of Danab commando units began several years ago, planners originally conceived a battalion-sized element. The effort has now expanded with a plan to build a 3,000-troop brigade spread out across six Somalia army sectors, according to AFRICOM.

A Danab brigade headquarters operates about 70 miles north of Mogadishu at Camp Baledogle, where the U.S. military is expanding an airfield for operations. AFRICOM declined to detail the current troop level of the Danab forces or a timeline for when the brigade would be at full strength, citing force protection concerns.

For AFRICOM, one of the challenges in Somalia — a clan-based society without a history of a functioning central government — is ensuring the security forces it trains are comprised of appropriate clan groups.

“For example, it would be unwise to take a force from Jubaland and send them to Puntland to conduct operations as they may be seen as outsiders, which would not maximize effectiveness,” said Maj. Karl Wiest, an AFRICOM spokesman.

Because AFRICOM’s Somali partners have prioritized “ensuring the right people are placed in the right sector, the Danab are largely perceived as effective and clan-neutral by the Somali people,” Wiest said.

During the past two years, the commandos have fought to retake territory from al-Shabab, a militant group that for more than a decade has vied for control in Somalia. The Danab commandos, along with other parts of the Somali military and an international force known as the African Union Mission in Somalia, “continue to make incursions into territory previously held by al-Shabab,” AFRICOM said.

The U.S. says the military effort is part of a broader approach focused on getting the Somali central government to more effectively deliver services, but the strategy faces complications since Somalia consistently ranks as one of the world’s most corrupt countries. Security analysts also have long cautioned that Somali society has a history of resisting outside attempts to impose Western-style order.

Al-Shabab also has proven resilient. During the past three years, the U.S. has steadily intensified military operations in the country, with special operations troops serving as combat advisers.

Somali forces have recently set up multiple combat outposts in the Lower Juba River Valley — a region that is frequently targeted by U.S. airstrikes — where they pushed Shabab fighters out of former strongholds. AFRICOM said about 1,000 previously displaced families have returned to their homes since 2017 as a result of the offensive.

“We have seen incremental progress in Somalia,” Waldhauser said. “Our partners must continue to make progress in order to maintain positive momentum and maintain the hard-earned confidence of the Somali people.”

The Pentagon says the U.S. now has about 500 troops in Somalia, where the pace of airstrikes has been escalating. Since 2017, AFRICOM has launched more than 100 airstrikes in Somalia, killing over 800 militants.

The U.S. offensive is driven by concerns that if al-Shabab asserts more control in Somalia, the country could become a hub for jihadis and Western interests in the region might be threatened. Also, the AU Mission in Somalia is scheduled to withdraw from the country next year.

The AU contingent has been instrumental in keeping al-Shabab at bay, and it is not yet clear whether Somali forces will be able to hold on to battlefield gains of recent years.

“Somalia is critical to the security situation and the long-term stability of East Africa,” Waldhauser said.

However, the stepped-up military campaign is drawing more scrutiny and calling into question an AFRICOM assertion that no civilians have been killed in any of its airstrikes.

On Wednesday, Amnesty International released a report that said AFRICOM’s claims are false and that at least 14 civilians have died in five strikes analyzed by the watchdog group.

“Military operations by Somali government, allied militia and foreign troops including (the African Union) and the US military against Al-Shabaab, continue to have a devastating effect on civilians,” Amnesty said in its report. 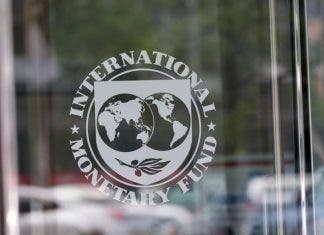