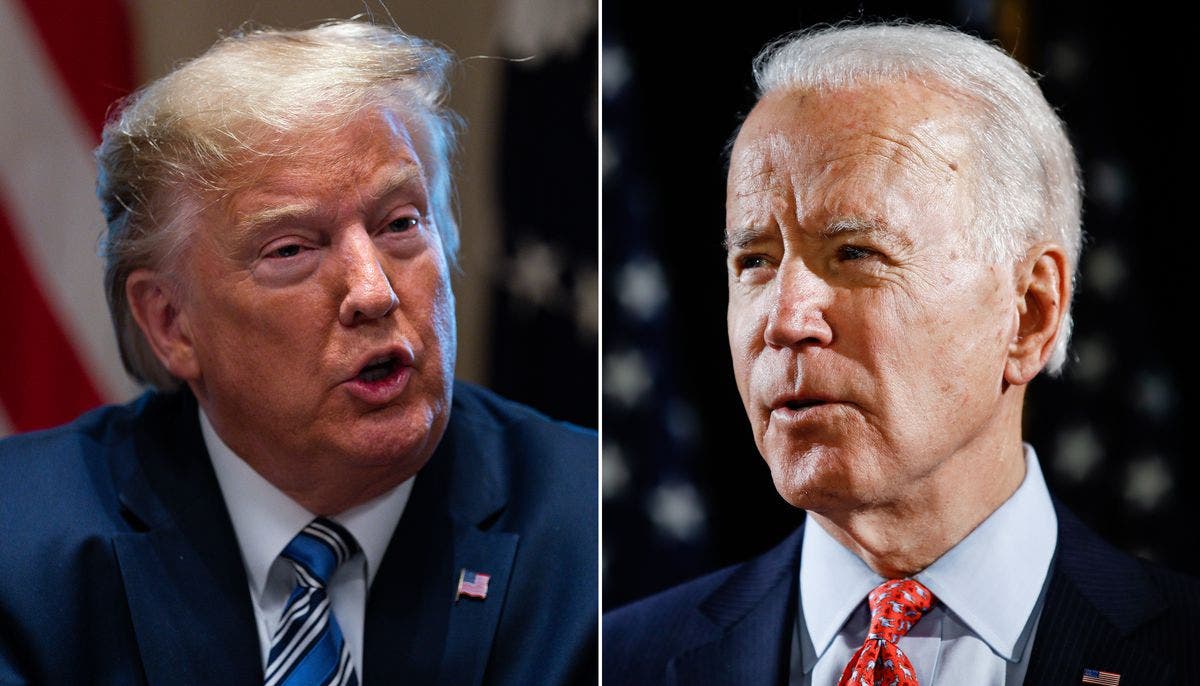 Just as people across the United States will be waiting eagerly for the results of Tuesday’s voting, thousands of kilometres away, on the far eastern corner of Africa, Somalis will also be closely watching the hard-fought matchup between Donald Trump and Joe Biden.

It hardly comes as a surprise. A country of some 15 million people, Somalia has for decades felt the impact of US policies – both directly and indirectly.

“Ever since Somalia got independence in 1960, America and its leaders have tried to have a strong foothold in the country,” said Hassan Sheikh Ali, a lecturer of international relations at Somali National University.

Bounded by the Indian Ocean to the east and the Gulf of Aden to the north, the Horn of Africa country occupies a significant geopolitical position along major trade routes. Up to 30,000 ships, carrying goods from crude oil to iron ore, pass annually through the Gulf of Aden, a key transit zone for maritime traffic between the Indian Ocean and the Mediterranean Sea.

“America is in Somalia to protect its commercial interest,” said Hassan.

The US’s engagement in Somalia remained steadfast throughout the Cold War when it competed with the Soviet Union for influence and control. “Somalia first sided with the West, then the USSR, before switching sides yet again in the 1980s and going with the West,” said Hassan.

In the late 1980s, Washington deployed military aid and trainers to stem the tide of a rebellion threatening the government of autocratic ruler Siad Barre.

But in 1991, after 21 years in power, Siad was overthrown by rival clan militias. As fighters ransacked the country, the US closed its embassy in Somalia’s capital, Mogadishu, and watched from afar as chaos reigned.

The next year, Somalia was hit by a severe drought that led to a catastrophic famine. The militias pillaged whatever little resources the country had, including international food convoys that had arrived as part of a United Nations-led humanitarian effort.

In late 1992, as hundreds of Somalis died of starvation and thousands more were on the brink, the UN approved a proposal by then-US President George H W Bush to deploy US combat troops with the goal of protecting aid workers.

But it would not be long before the operation ended in a bloodbath.

In early October 1993, Somali fighters loyal to rebel leader Mohamed Farah Aidid engaged US forces on the streets of Mogadishu and shot down two US Black Hawk helicopters. Hundreds of Somali militia fighters and 18 US soldiers were killed in the so-called Battle of Mogadishu.

Television footage showed the bodies of the dead US soldiers being dragged through the capital’s streets. Soon after, newly elected President Bill Clinton withdrew all US troops – who at the height of the mission numbered some 28,000 – from the country.

“It was a disaster. Instead of helping, they [US forces] caused more misery,” Hassan said. “The US has never helped the people here. Their actions have always led to more harm than good. But that has never stopped American leaders from meddling in Somalia,” he added.

The US returned to Somalia after the September 11, 2001, attacks as President George W Bush launched his “war on terror” and started carrying out military operations in the country.

In 2011, under Barack Obama, the US carried out its first drone attack in Somalia targeting al-Shabab, an al-Qaeda-linked group fighting the country’s internationally recognised government. US boots also returned on the ground with soldiers and contractors training Somali troops.

Then Republican President Donald Trump took office in January 2017. Weeks later, the new US president relaxed some of the rules of engagement for preventing civilian casualties and designated large swathes of Somalia as “areas of active hostilities”.

This led to a record number of drone raids and an increase in the number of civilian casualties as the US carried out some 150 drone attacks in Somalia until the end of last year, according to figures from the Bureau of Investigative Journalism and the US army. In just five of those attacks, at least 14 civilians were killed and eight others wounded, Amnesty International said in March 2019.

Meanwhile, the number of US soldiers in Somalia has also risen. The United States Africa Command (AFRICOM) reportedly has between 650 to 800 troops in the country at any given time, including special forces helping to train Somalia’s army.

“Under Trump, American involvement in Somalia has been nothing short of a disaster,” said Abukar Arman, a former Somalia special envoy to the US. “There is no strategy; mercenaries and war-profiteers are running the show,” he added.

“If Trump returns [to office], it will only get worse. It appears like the State Department is not leading the policy towards Somalia but AFRICOM. Anything is better than the current state.”

In October, reports said Trump was preparing to withdraw US soldiers from the country – but Abukar remains sceptical.

“Trump will not pull US soldiers out of Somalia – that is just a campaign bluff,” he said. “They are not in Somalia to fight al-Shabab. They are there to block other superpowers; China and Russia.”

Beyond commercial interests and geopolitical rivalries, there are other reasons why Tuesday’s hotly contested election has piqued Somalis’ interest.

The US is currently home to tens of thousands of people born in Somalia, including Congresswoman Ilhan Omar who fled the country’s civil war at a young age along with her family. Her state of Minnesota is home to the largest Somali diaspora in the US.

In his first week in office, Trump barred nearly all immigrants and travellers from seven Muslim-majority nations, including Somalia, from entering the US.

In July, Biden promised to lift the so-called “Muslim ban” on his first day in office if he wins the polls.

“Many Somali families who were in the process of uniting with their relatives in America have been affected. Their life has been put on hold by that decision. There are many Somalis in Somalia and America who want to see Trump out of office because of that,” Hassan said.

“If Biden wins, there is hope,” Abukar added. “From my experience, Democrats seem to have better intentions when it comes to Somalia. They do prefer state-to-state deals rather than having mercenaries and war profiteers on the ground.”