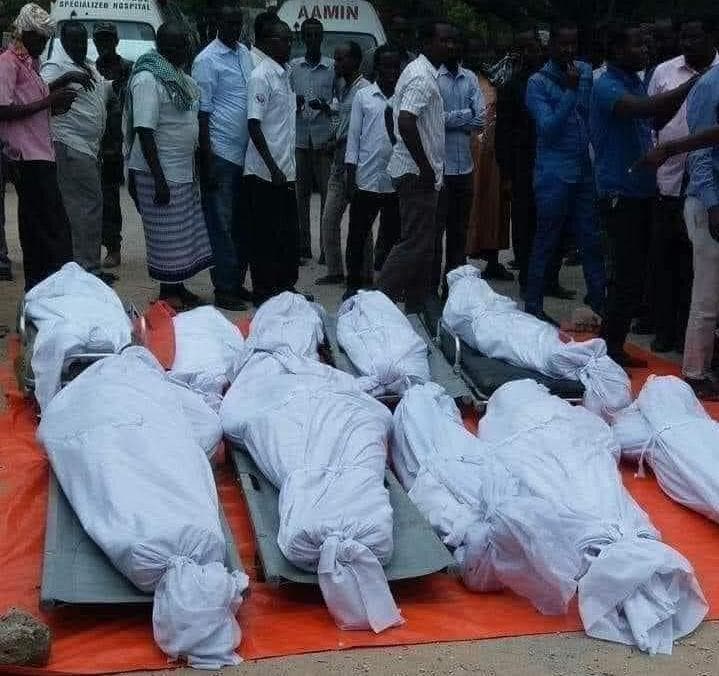 Authorities in Somalia’s Hirshabelle state reported that they managed to track down the minibus driver who transported the 8 civilians after they were forcefully abducted by unidentified gunmen on Wednesday and were brutally executed with their bodies dumped in the outskirts of Gololey village near Bal’ad district the following day.

The driver whose name is yet to be released has been detained and transferred to the criminal Investigation Department in Mogadishu for further interrogation.

Mohamed Ali Madobe, a clan elder at the village where the young men were killed says the car belonged to a civilian and the armed men allegedly carjacked the owner whom they forced him to follow their command leading to the kidnap of the health workers at Zamzam Foundation in Galooley village.

Meanwhile, the clan elder further said the driver will help the police authorities to detect those criminals who committed the heinous crime so that justice is served.

The executions shocked the residents of Balad town, triggering protests against what they called the “brutal execution of civilians.”

The protesters, wearing red piece of cloth in their heads, marched through main streets of the town Friday, calling on the authorities to immediately arrest those involved in the brutal execution.

The federal government, the United Nations and international groups condemned the incident, called for a transparent and thorough investigation.