Ten people were killed and dozens were injured after clan clashes erupted in areas between Janale and Awdegle of Somalia’s Lower Shabelle region, reports said on Sunday.

The clashes, which begun on Saturday, were prompted by a conflict over grazing and agricultural lands, according to the local residents.

Civilians are among the casualties, several injured people are receiving treatment at Marca General Hospital.

Hundreds of residents fled from their homes, to survive from the crossfire.

Lower Shabelle Governor, Abdulkadir Mohamed Nor (Sidi) requested from the government of Somalia and African Union Peacekeeping Troops to interfere and mediate the battling clans.

Dozens of people were killed clashes in the region between those two clans. 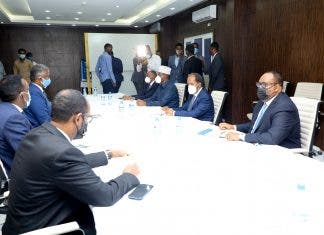