The top United Nations official in Somalia congratulated Prime Minister Abdiweli Sheikh Ahmed, who was appointed today following a vote in the Federal Parliament, calling the process a key step heading into 2014, which will be “pivotal year” for the country.

“I congratulate the new Prime Minister,” Nicholas Kay, Special Representative of the Secretary-General, said in a statement, adding that Abdiweli Sheikh Ahmed takes office as Somalia approaches 2014, which will be a pivotal year in Somalia’s progress towards peace and prosperity.

Mr. Kay said that the UN Assistance Mission in Somalia (UNSOM), which he heads, will continue to support the Federal Government in its peace- and State-building efforts.

He also noted outgoing Prime Minister Abdi Farah Shirdon Saaid’s commitment to the Provisional Federal Constitution and the constructive manner in which he has handed over his responsibilities to his successor.

In a statement earlier this month, Mr. Kay paid tribute today to Mr. Shirdon Saaid, and noted the responsible role played by the Federal Parliament and the Speaker Mohamed Osman Jawari in handling the “no confidence” motion, which paved the way for the appointment of the new Prime Minister.

“It was important this unprecedented piece of parliamentary business was managed in accordance with the provisional constitution and the rules of procedure of the Parliament,” he said at the time and emphasized: “Somalia’s institutions are coming of age. The UN is here to support their development, and looks forward to working constructively with the new administration.”

In today’s statement, Mr. Kay said that he understand that the incoming Prime Minister will consult widely in forming his new cabinet, “and aim to establish a broadly inclusive Government capable of delivering rule of law, good governance and public services.”

Mr. Kay urged Parliament, the Government and the Presidency to continue working together constructively in full respect of the Provisional Federal Constitution. Finally, he reiterated his praise for the responsible role being played by the Federal Parliament in this important phase of Somalia’s history. 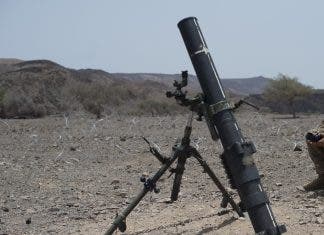 Asad Cabdullahi Mataan - April 22, 2021
At least three people were killed and four others wounded when a mortar attack targeted Somalia's presidential palace in the capital Mogadishu on Wednesday,...