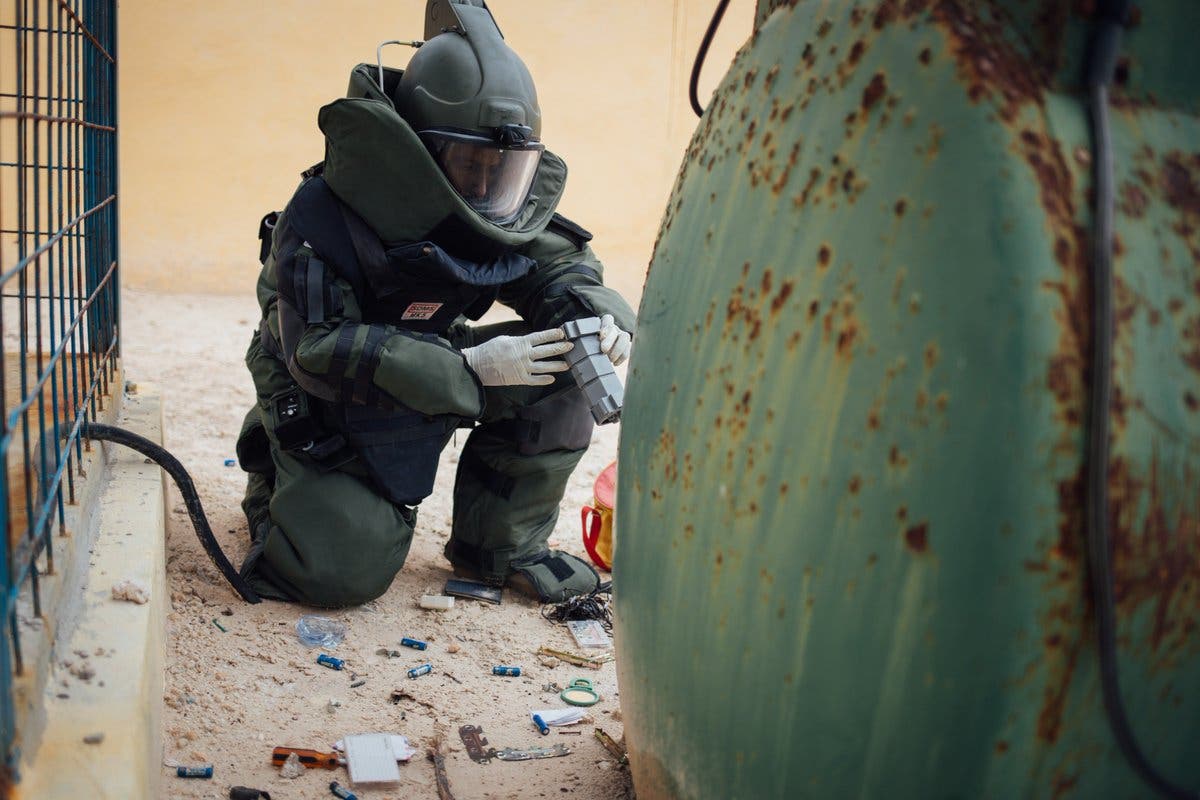 MOGADISHU (Caasimada Online) – The African Union Mission in Somalia (AMISOM) and key international partners have concluded a meeting in Mogadishu, convened to devise ways of reducing the threat posed by Improvised Explosive Devices (IEDs) in Somalia.

The meeting, a follow-up to a similar one held in April 2018, deliberated on specific threats, the dynamism of the threats; and explored ways of bolstering efforts to reduce them.

Participants discussed mitigation efforts, while analyzing the impact of IEDs along the Main Supply Routes. Also high on the agenda of the meeting, was the nature of the capacity building support, to the Somali National Security Forces, in counter IED efforts. They agreed to intensify sensitization of local populations on the impact of IEDs, especially along Main Supply Routes.

“This is a threat that is being effectively utilized by the enemy. And so we must go after it and defeat it,” remarked AMISOM’s deputy Head of Mission Mr. Simon Mulongo, during the official opening on Monday.

Mulongo noted that the indiscriminate use of IEDs was inflicting colossal damage on civilian populations and the military. He emphasized increased focus on eliminating the IED threat, through the development of a clear and effective counter IED strategy, and the use of Intelligence, Surveillance and Reconnaissance (ISR) systems.

In his remarks, AMISOM’s deputy Force Commander in-charge of Operations and Planning, Maj. Gen. Charles Tai Gituai, expressed concern at the increasing incidents of explosions from IEDs. In its resolutions, the meeting agreed to the formation of multi-stakeholder teams in all AMISOM sectors, which would come up with quick solutions to mitigate rising threats from explosives.

“The best weapons of course against IEDs is a well-trained soldier who practices correct drills, maintains conscious situational awareness of his environment during the convoy movement, consciousness of the threat, listens to the intuition or the seventh sense, observant, and able to understand and reconcile the fact that this threat is real. And therefore we need to be very much aware of this,” said Maj. Gen. Gituai.

He noted that the training of AMISOM troops in the safe disposal of explosive ordnances was bearing fruit. AMISOM troops are increasingly finding IEDs and successfully proceeding with disposal operations.

Lt. Col. Ian Strong, the Commander of the UK Mission Support Team in Somalia, called on all the participants at the at the conference to share critical information on IEDS, which he said, was key in helping reduce the threat posed by the explosives.

“Outside the gates of Mogadishu International Airport are IEDs being constructed and built and then sent all over the country. And the top purpose is destruction. It’s about us as a team helping each other and also helping the people of Somalia to overcome this threat,” stated Lt. Col. Strong.

UNMAS announced the release of a draft IED Risk-Mitigation Planners’ Handbook, with an associated pocket handbook and IED risk-mitigation cards, to provide ready information to AMISOM troops in the country.

“The intention of these series of IED Risk Mitigation products is to support a coherent approach across AMISOM in their efforts to counter the use of IEDs in Somalia,” said Mr. Paul Amoroso, the UNMAS Somalia IED Threat Mitigation Policy Advisor.