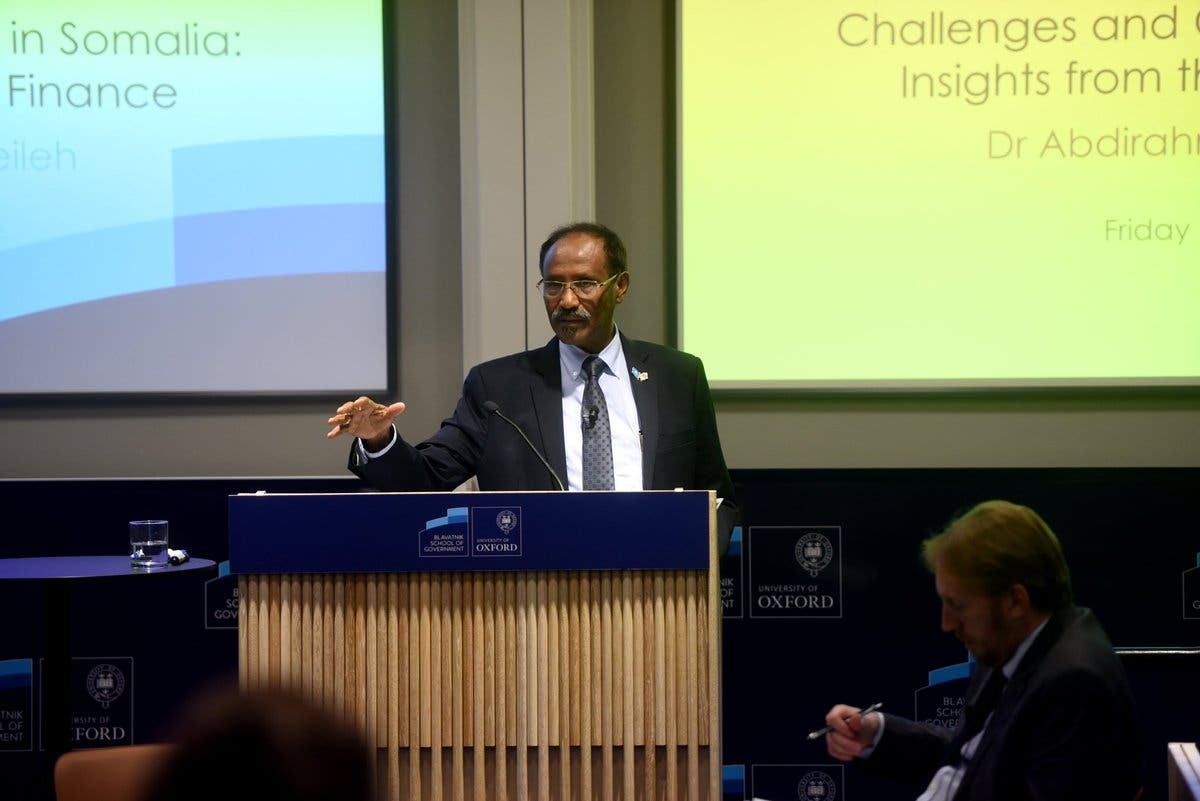 MOGADISHU (Caasimada Online)—The Minister of Finance, Dr.Abdirahman Beileh, successfully concluded his visit to the UK where he delivered lectures at Chatham House, the Royal Institute of International Affairs, and the Blavatnik School of Government at Oxford University.

Both lectures were focused on the progress of Somalia’s fiscal and economic reforms under the third IMF Staff Monitored Program.

In these meetings, the Minister discussed Somalia’s fiscal and economic reforms under the IMF Staff Monitored Program and thanked the UK government for the positive role it continues to play in Somalia’s development.