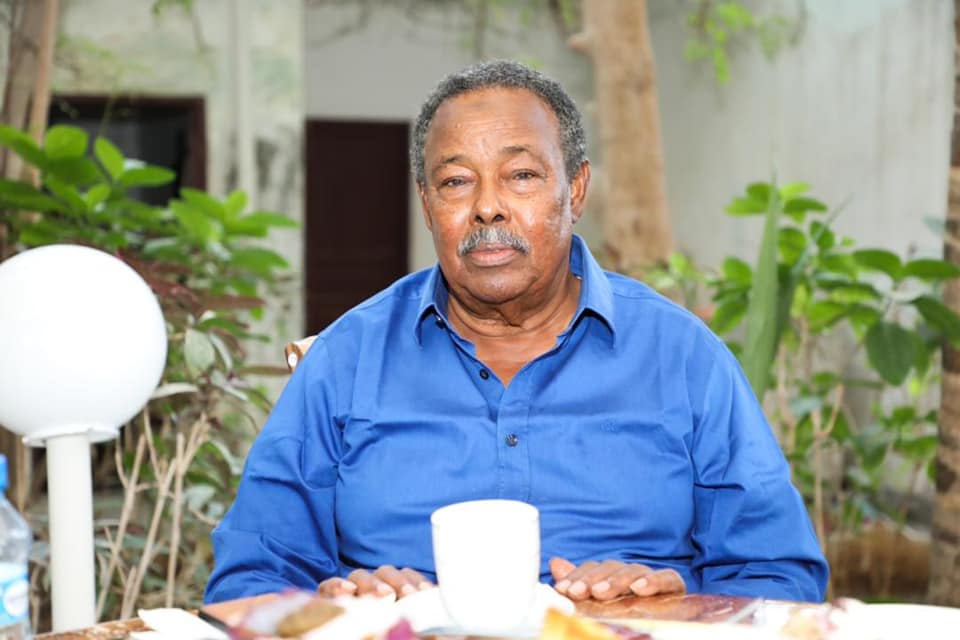 A political giant of his time and righter of wrongs whose character and unwavering search for peace and reconciliation will be his enduring legacy.

“Walaalayaal: I implore you to understand one thing: the purpose wars serve will never justify the death and destruction they cause. It is only through forgiveness and reconciliation that we can be united.”

This was Ali Mahdi speaking a few months ago. It read like a valedictory speech from Somalia’s former president and an almost prescient warning for what is happening in our country today. Yet, sadly it turned out to be his last farewell.

Ali Mahdi was always opposed to violence, injustice and tyranny. He did not actively seek to be a president, but the presidency chose him because he was the man of the moment and Somalia needed him. It was a remarkable feature of the man that he spent more time worrying about how to hand over power peacefully, than hang on to it. When the presidential role was thrust upon him, the duty of office weighed on him mightily. He later recalled that the responsibility was truly overwhelming.

Ali Mahdi never saw himself as being destined to lead the country, but merely as a caretaker who was always waiting to hand over power to anyone chosen by the people. He was deeply mindful of the grave responsibilities of leadership and the allure of the presidency did not go to his head.

In many ways, the country he inherited in 1991 experienced immense destruction and was already in the throes of a civil war. At the time, people associated government with tyranny, leading to pessimism and widespread mistrust of officialdom. Despite the difficult challenges facing him, his aim stayed just the same: bring the people together. He was an impossible-times president who was facing an imposing problem.

In the midst of war, he sent delegations to every corner of the country, hoping to stop the descent into civil war. When many around him felt they had to defend themselves and take over the country by force, he refused because he understood war would unleash destruction and mayhem. He opted to defend the country instead by taking pride in his view that reconciliation was the only way to bring the country together. It meant he had to stand alone. It was what mattered to him.

When his efforts did not succeed and a civil war broke out in Mogadishu that split the city into North and South across a green line of control, his aim of bringing the country together was in tatters, but his hope was undimmed. The war cost many thousands of lives and displaced millions. He was, it was said, left with huge regret at both the war itself and the failure to stop it happening. It was a turning point for him.

As the country stumbled on from crisis to crisis, his determination to bring Somalis together never wavered, nor did he lose sight that which he held most valued: Somalis reconciling and deciding their own fate. He had far greater patience and tolerance for difficulties than most and his efforts eventually bore fruit. The reconciliation conferences led to transitional governments, giving birth to today’s Somalia.

Ali Mahdi achieved many things, but above all it was his character that was indeed a rarity in Somali politics. It troubled him that he did not succeed in many of the things he set out to do all these years, but he knew that he did his best in the circumstances. Perhaps, his greatest strength was never giving up on the country and the people he loved.

Later in his life, he did not slip into oblivion, rather took an active role in peace-making. He was a counsellor of last resort, supporting national and community initiatives at different levels. At his last public appearance, he repeated his hope for true reconciliation that will bring Somalis together again.

He continued to warn us not to forget that our country’s past was always present. He wanted us to understand the dangers of slipping back into disunity, injustice and tyranny and told us that division would benefit no one. His passion for righting wrongs was as strong as ever. He stood for justice and against aggression in whatever shape it took.

In these darkened times, Somalia has lost an important light for peace and reconciliation and a true leader we never knew we had. Somalia is at cross-roads today and, thirty years later, we are wiser, having seen the calibre of those that have come after him. We now appreciate the value of good government but continue to search for that leader who could deliver it. We are once again facing another test of character. Let us hope Ali Mahdi’s legacy becomes the inspiration to the politicians of today.

Ali Mahdi lived for his people and died amongst them. He did his best for our country during its darkest period. For that, the people of Somalia will owe him a huge debt of gratitude.

May Allah forgive him and reward him with Jannat.