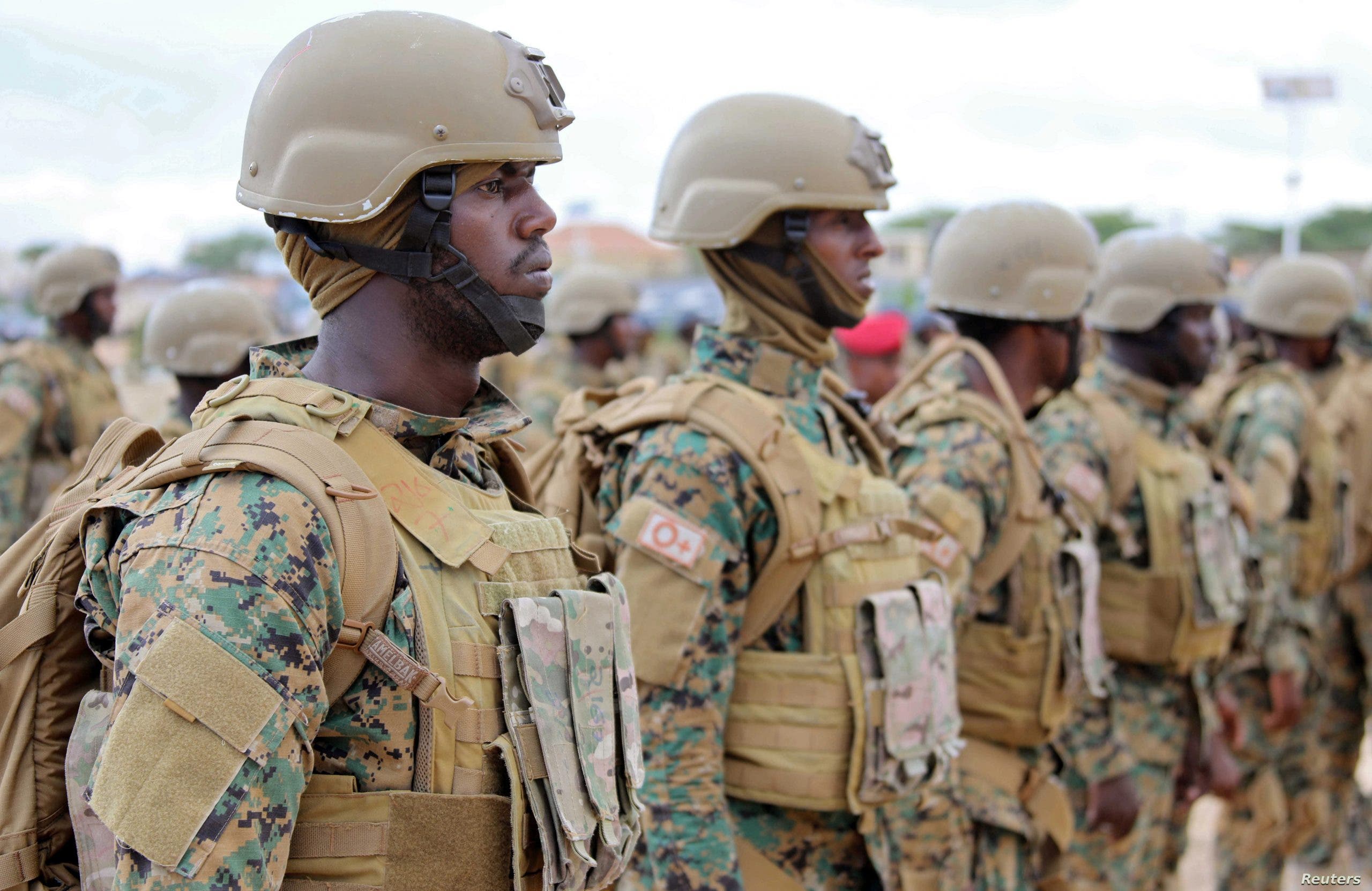 MOGADISHU (Reuters) – At least 13 Somali troops have died after the army attacked militant group al Shabaab in jungle and farms near the district of Afgoye northwest of the capital, Mogadishu, a military official said.

Al Shabaab has battled since 2008 to overthrow Somalia’s internationally-recognised central government and establish its rule, based on its own interpretation of Islamic law.

“We left Afgoye district and attacked al Shabaab in the farms outside Afgoye,” Major Mohamed Ali told Reuters, describing Wednesday’s incident in the district about 30 km (19 miles) from Mogadishu.

“We killed four militants and chased al Shabaab,” Ali said late on Wednesday. “Most of the military came back and we left two dozen soldiers there. Then, this evening, al Shabaab attacked our few soldiers and killed 13.”

Al Shabaab, which launches regular attacks in a bid to undermine Somalia’s central government, which is backed by the United Nations and African Union peacekeeping troops, claimed responsibility.

“We killed 24 soldiers and the rest escaped and ran away,” said Abdiasis Abu Musab, the group’s military operations spokesman.