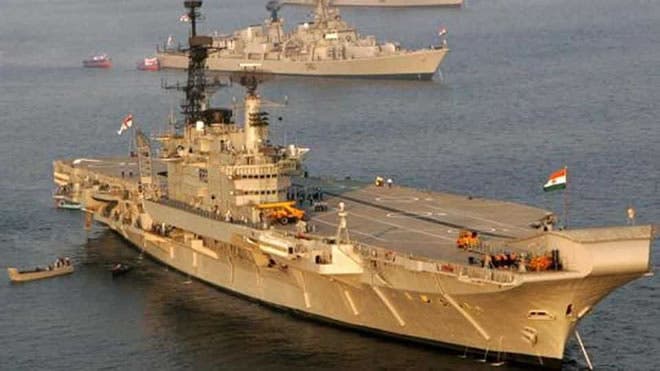 New Delhi   – An Indian Navy ship, deployed on anti- piracy operation in the Gulf of Aden, has seized arms and ammunition off the coast of Somalia in a quick operation, officials said Saturday.

The ship INS Sunayna carried out the operation on Friday in which four high caliber AK-47 rifles and one Light Machine Gun, along with ammunition for these weapons were seized from a vessel, Navy officials said.

INS Sunayna carried out a similar operation off the coast of Somalia last month as well.

The ship detected a suspicious fishing vessel, approximately 25 nautical mile off the coast of Somalia, in the vicinity of Socotra island, following which the operation was launched, they said.

“The vessel was thoroughly searched and allowed to proceed, after confiscation of the arms and ammunition, to prevent their illegal use later by the crew for piracy-related activities,” said a Navy official.

“This incident reiterates the commitment of the Indian Navy towards ensuring safe seas for Indian, as well as international, seafarers in the Indian Ocean region,” he said.