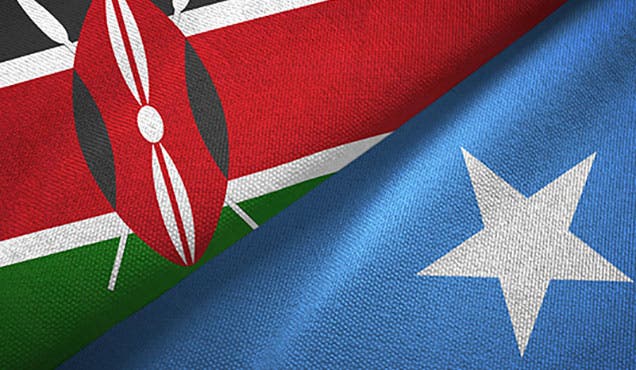 Analysts warn that tension could rise as a U.N. hearing nears on a Kenyan-Somali territorial argument.

Kenya’s parliament recently called on President Uhuru Kenyatta to send troops to the Indian Ocean to protect the country’s territory from what it calls Somalia’s aggression.

The threat by Kenya comes less than a month before the U.N.’s International Court of Justice holds a hearing on the dispute.

Somali lawmaker Mohamed Omar Talha told VOA that his country would counter Kenya by sending troops of its own to the 100,000-square-kilometer (38,600-square-mile) area.

“If they send their troops to Somalia, we, the parliament of Somalia, will also bring a motion that will counter such a threat and give permission to our soldiers to defend our people and territory,” Talhar said.

The neighbors’ maritime dispute began in 2014 when Somalia filed a complaint against Kenya in the International Court of Justice saying it had exhausted all other avenues of finding a resolution.

Security expert Mwachofi Singo said a conflict between the countries would benefit the al-Shabab terrorist group.

“Catastrophic. Nobody wants to worsen an already bad situation, because the security situation in the Horn [of Africa] is already not good,” Singo said. “You have al-Shabab roaming around everywhere. Kenya is part of the AMISOM [African Union Mission in Somalia] force that is fighting al-Shabab inside Somalia. Now, if you open another front … this can only fan the fires.  I think al-Shabab will celebrate, because chaos thrives in chaos.”

Mumo Nzau, who teaches diplomacy and international studies at the University of Nairobi, said the military threats were political statements.

“Those are kind of political statements by politicians, and they are normal,” Nzau said. “But that cannot be the official position of the country. It’s just positions that politicians take once in a while, but … there are no troops at the disputed area for any reason. This is a matter that the United Nations Security Council and the African Union are observing very closely, and they are working very closely with the two countries.”

The hearing on the Indian Ocean dispute will begin Sept. 9 at International Court of Justice headquarters in The Hague. 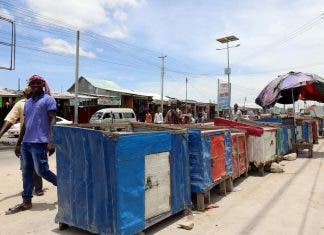 Asad Cabdullahi Mataan - April 3, 2020
By: ReutersBefore the coronavirus hit, Muna Nur Farah had started to hate her husband. He’d slink into their home in the Somali capital Mogadishu...