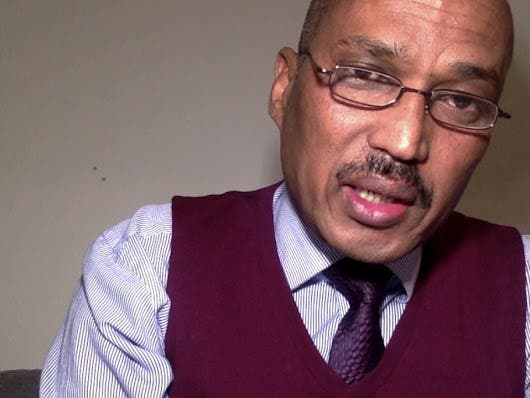 Somalia ended last week with the news from Kismayu of the Interim Regional Administrations decision to severe ties with the Federal Government of Somalia until its grievances are assuaged.

Whereas anyone adult in their right mind who has some little understanding of Somalia’s situation would see this in terms of the bigger picture of the strenous, murky, turns-and-twists of state building process, one Mukhtar Ainanshe went berserk to heartily celebrate the sad news with his blog post by ranting “FGS has collapsed today.” He insensitively used imageries of death without any care that it’s a terrifying tool and weapon used by terrorissts to cripple the aspirations of a whole nation (the Nation of Somalia).

Inside the arena of his own warped, fickle mind Ainanshe sponsored a tournament where he competed President Farmajo and Fahad Yasin against President Ahmed Madoobe and he crowned the latter the winner. Without referencing any evidence to back his claims and to the pigue of most people, I guess, he asserted “president Ahmed Madoobe of Jubbaland came out as a skilled politician with a sense of unparalleled Somali patriotism, putting his country and his people first.”

Bill Ainanshe refuses to underatand there’s nothing really skillful or patriotic about claiming your president is putting his people and country last. Am not sure President Ahmed Madoobe himself would want to be singled out or would appreciate the fact that Ainanshe has singled him out for unscientific praise against their own President.

As is common with most Somali politicians and Ainanshe offered no solutions. The personality attacks that he writes portrays volumes about who Ainanshe really is. Overcome by his quixotic ways Ainanshe could ill-afford to commiserate the political plight of Somalia leaving him take the all too easy route of excoriating FGS for it’s failures without offering any solutions.

Ainashe’s vitriolic meltdown portrays two things: 1). He’s someone possesed of subjectivity to the extent of throwing the baby (Somalia) with the birth water and,

2) He’s a bitter man, whatever the source of his bitterness. Maybe because his shady deals and peddling around bogus projects have come to naught with advent of Farmajoism on Feb.8, 17.

Bill Ainanshe’s inability to see through the situation clearly caused him to forget that his celebrating the plight of Somalia could have the potential to leave him a marked man in terms of how Somalia’s future leaders would perceive of him. I don’t think he would get a respite from Ahmed Madoobe himself if he ever becomes the FGS president. Who wants to be associated with a negative person full of destructive negative energy. It’s a natural human disposition to want to shun persons with such flawed personalities.

If Ainanshe, at his age, can couldn’t figure out that the worth of person lies with his ability to offer solutions to a problem (s) he surely has exposed himself to ridicule because he’s anything but clever.

That Ainanshe is not clever is clear in Eldridge Cleaver’s (I am sure Bill would be helpless to distinguish the adjective “clever” from the proper noun “Cleaver” which he’ll definitely also pronounce the same) famed quote, “there is no more neutrality in the world. You either have to be part of the solution, or you’re going to be part of the problem.”

Ablolutely nothing. For Ainanshe is known to have been auctioning his soul in exchange for cheap hand-to-mouth hand outs in the name of consultancy, as he clearly exibits on profile of his blog (mukhtarainanshe.org) for Ethiopia, Djibouti, counterterrorism, United Nations, UNSOM, United States, Kenya, PM, in Somalia as compared to only Qatar in the case of Fahad Yasin. Ainanshe has it!

Ainanshe sounded even unreasonably meldramtic and sillier with his parachuted wishful conclusion calling on the people to “select a new president and constitute a new federal government.” If this is not senselessly sadistic enough what is?

If Bill Ainanshe couldn’t have the decency to accord respect to the person of Farmajo, why is that that he couldn’t respect the position of the that he holds? It’s because decency is foreign to him.

Little does Ainanshe contemolate how all his hypocritic vile against others leaves him as a cunt griping about the speck in other people’s eyes while being oblivious to the log in his eyes. Such are the signs of narcissists!

Is projection a phsychlogical coping mechaniam or a common trait inherent in most Somalis as they seem to have the proclivity to accuse of others of what/who they themeselves are. As the Somali saying aptly puts “tuugu intaanan tuug lagu odhan ayuu tuug kugu yidhaahdaa” had the likes of Bill Ainanshe in mind.

Muckracker Bill Ainanshe. That’s who he really is. He can never change. You can never do better, Bill.

His ranting and mumbling is akin to the simile of one who celebrates the news of his patents’ marriage hitting the rocks.