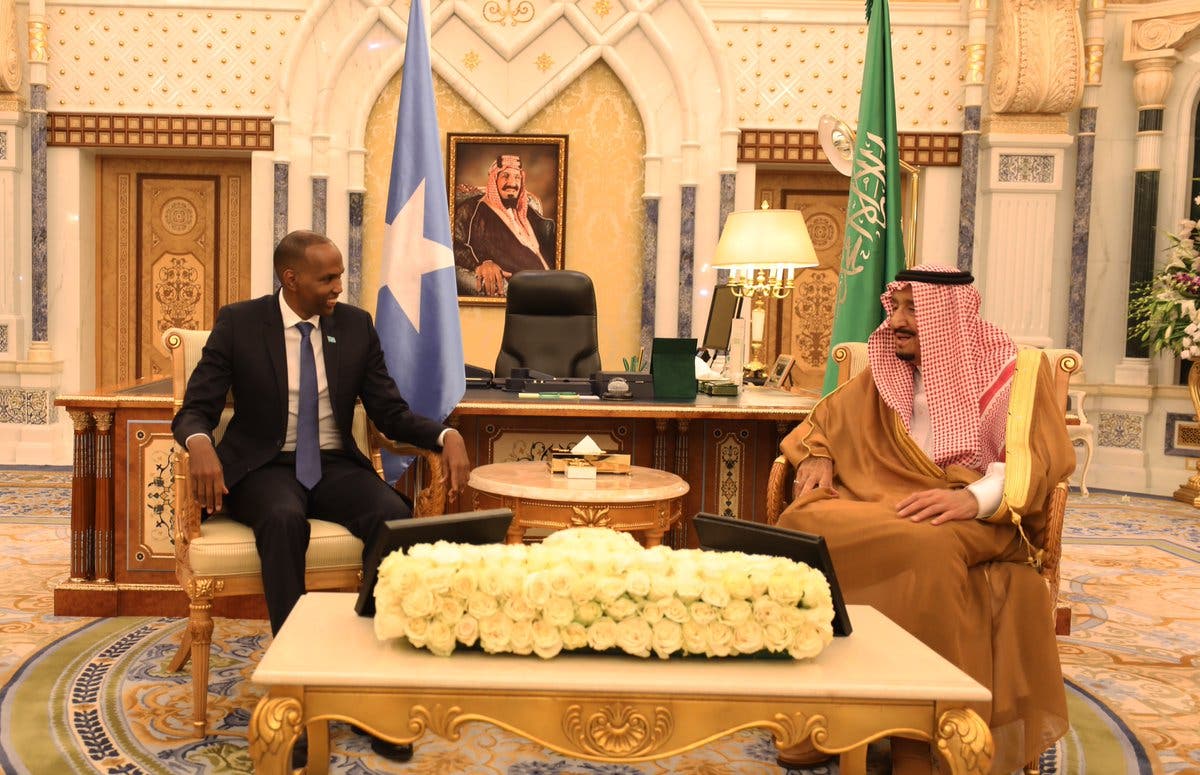 MOGADISHU (Caasimada Online)—Somali Prime Minister Hassan Ali Khaire has met with Saudi King Salman Abdulaziz on Wednesday during his two-day official visit to the Kingdom amid tensions over Somalia’s neutral position in the Gulf crisis.

Mr. Khaire said he and Saudi King Salman had also discussed issues, including economic partnership as well as strengthening historical ties between both countries.

“I met with King Salman. We discussed issues of mutual interest, as well as strengthening historical ties between both countries”, he said.

The visit follows Somalia’s reiteration of its neutral stands last year in the Gulf crisis that saw Saudi Arabia, Egypt and the United Arab Emirates, cut diplomatic relations with Qatar in June.

But, Qatar has vehemently denies the claims.

Some African countries took sides in the diplomatic row with Chad recalling its ambassador from Qatar ‘for consultations’ after Senegal recalled its envoy citing its ‘active solidarity’ with Saudi Arabia.

Somalia’s neutrality was met by opposition from three states including Puntland, Hirshabelle and Galmudug who have taken the Saudi-led side and called on the government to change its position due to its good relations with Saudi Arabia and UAE.