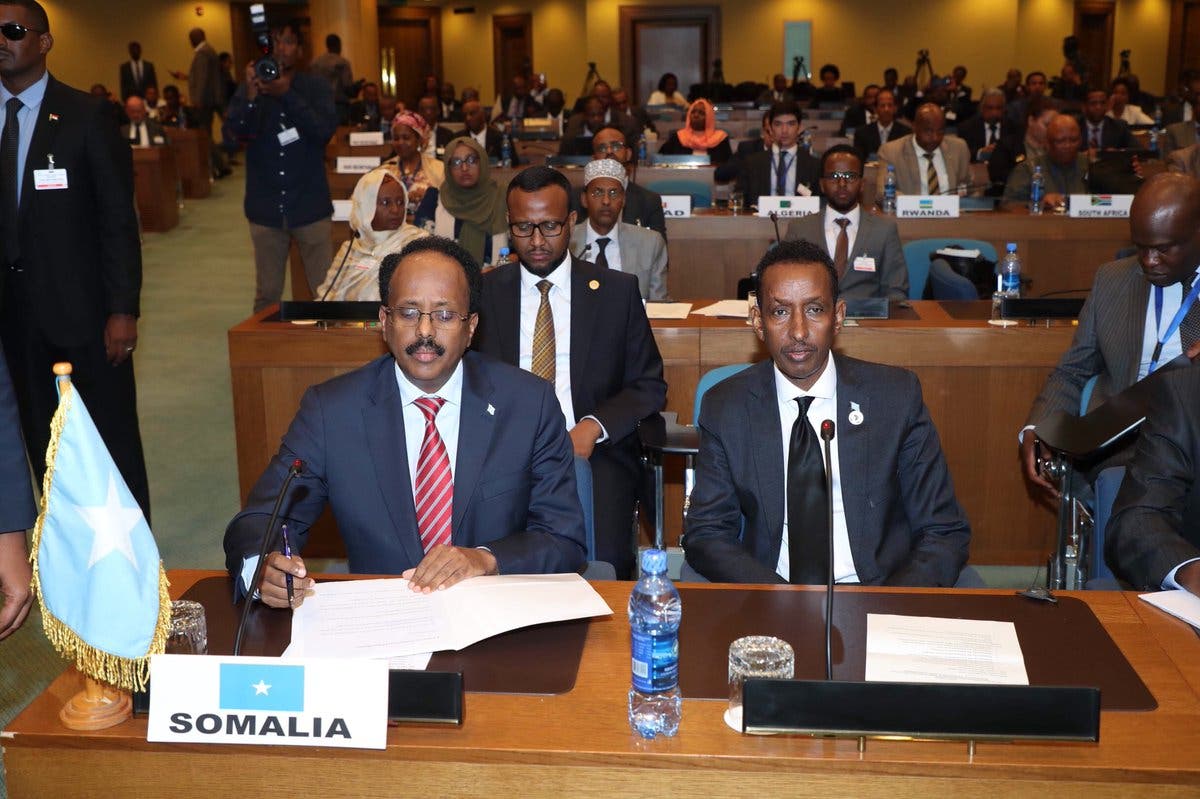 “I am hopeful that this pact will be implemented by all South Sudanese sides”, he said.

He says Somalia will work closely with all partners in the pursuit of lasting peace, stability and development in the region.

“Somalia welcomes the signing of the peace pact between South Sudanese sides. We are hopeful that this ends the conflict permanently”.

Somalia’s President urged South Sudan’s President Salva Kiir and his main rebel leader Riek Machar to work hard to build a lasting peace in South Sudan as “it is a key priority for regional stability and economic development”.

The deal reinstated Machar in his former role as vice president and comes two weeks after a peace deal was officially agreed upon between the government and rebel groups.

South Sudan descended into civil war in 2013, shortly after independence in 2011, after Kiir accused Machar, then his deputy, of plotting a coup.

The war has uprooted one-quarter of South Sudan’s population of 12 million, ruined the country’s agriculture sector, and battered its economy.

South Sudan resumed pumping 20,000 barrels a day of crude oil from the Toma South oilfield last month, where production had been suspended since 2013 because of the civil war.