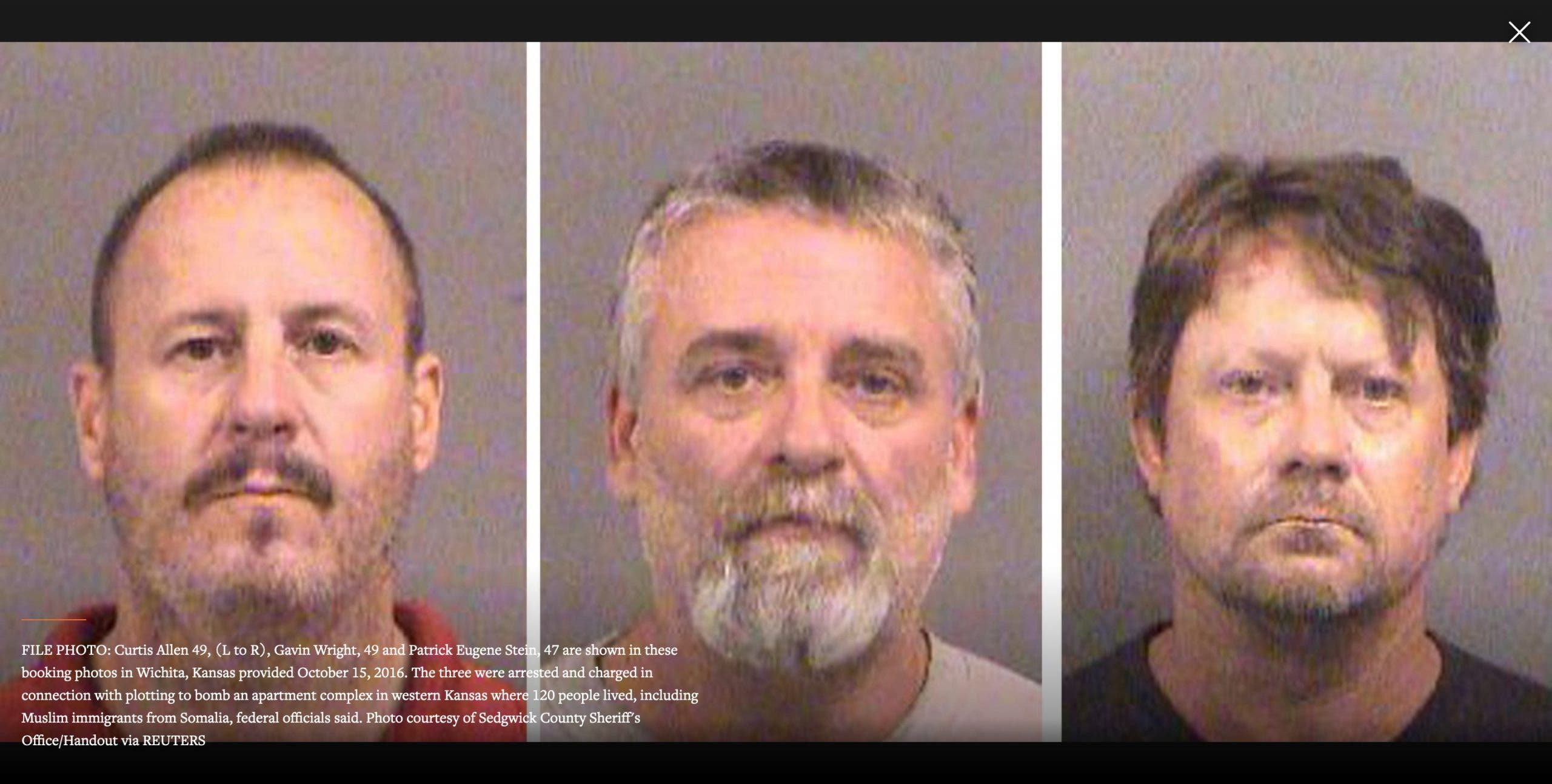 A U.S. appeals court upheld the convictions and prison sentences of three white men who plotted to bomb a Kansas apartment complex that was home to Somali immigrants and a mosque, rejecting in a ruling on Monday that the FBI had entrapped them.

Curtis Allen, Gavin Wright and Patrick Eugene Stein were found guilty by a jury in the Kansas U.S. district court in 2018 of conspiring to use a weapon of mass destruction and violating the civil rights of Muslims living in the Garden City housing complex.

In January 2019, U.S. District Judge Eric Melgren sentenced Allen to 25 years in prison, Wright to 26 years and Stein to 30 years.

The three men appealed to the 10th U.S. Circuit Court, arguing that the judge erred in denying their request that they be allowed to advance a defense of entrapment by the Federal Bureau of Investigation. They also argued that the pool from which their jury was selected was improperly small.

A three-judge panel rejected these arguments on Monday. The panel ruled that the men had not challenged the manner of jury selection within the seven-day period required under law, and would have anyway failed in that gambit if they had.

The FBI used an undercover informant who pretended he was an arms dealer to the three men, which the men argued was entrapment.

The panel said that an entrapment defense requires there to be evidence that defendants lack a predisposition to engage in the crime they have been charged with, and ruled the men had failed to meet this bar.

“There is extensive evidence over time of defendants’ eagerness to enter into this conspiracy,” the panel wrote: Stein had already learned about the apartment complex they targeted from a militia group he was involved in, and Allen and Wright were busy trying to make explosives before meeting any undercover agents.