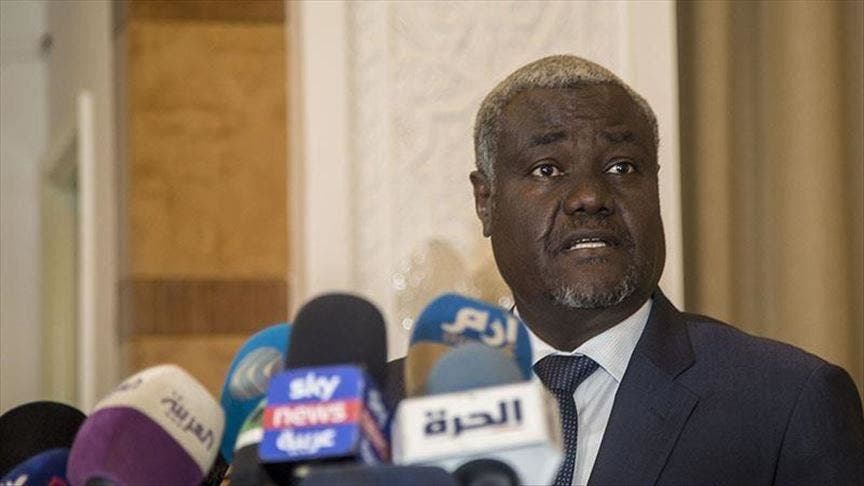 The remarks by Moussa Faki Mahamat came in a statement issued to mark the Africa Day named after the establishment of the Organization of African Unity (OAU) in 1963. The OAU morphed into the African Union (AU), a pan-African union of 55 member states, in 2002.

Africa “…initiated its political unity, and made significant economic, social, and cultural progress. However, such progress cannot conceal the sometimes-flagrant shortcomings and delays,” Mahamat said.

He argued that the crises in the continent were major problems that lay “uncertainty over the future.”

“Ranging from open crises, caused by terrorism and inter-tribal or inter-religious conflicts to post-electoral crises, Africa is constantly beset, here and there, by scenes of violence, fragility and uncertainty over the future,” Mahamat noted.

He added: “Against this mixed backdrop, there are some glimmers of hope, insofar as there is great determination to overcome the odds, and immense resources to break the cycle of dependency and poverty.”

Ethiopian Prime Minister Abiy Ahmed also congratulated the AU on the African Day which is marked across the continent.

The diverse continent was destined to “multidimensional prosperity,” Ahmed said on Twitter.

“As we celebrate# Africa Day today, let us strengthen our solidarity for the #Africa we want,” he wrote.