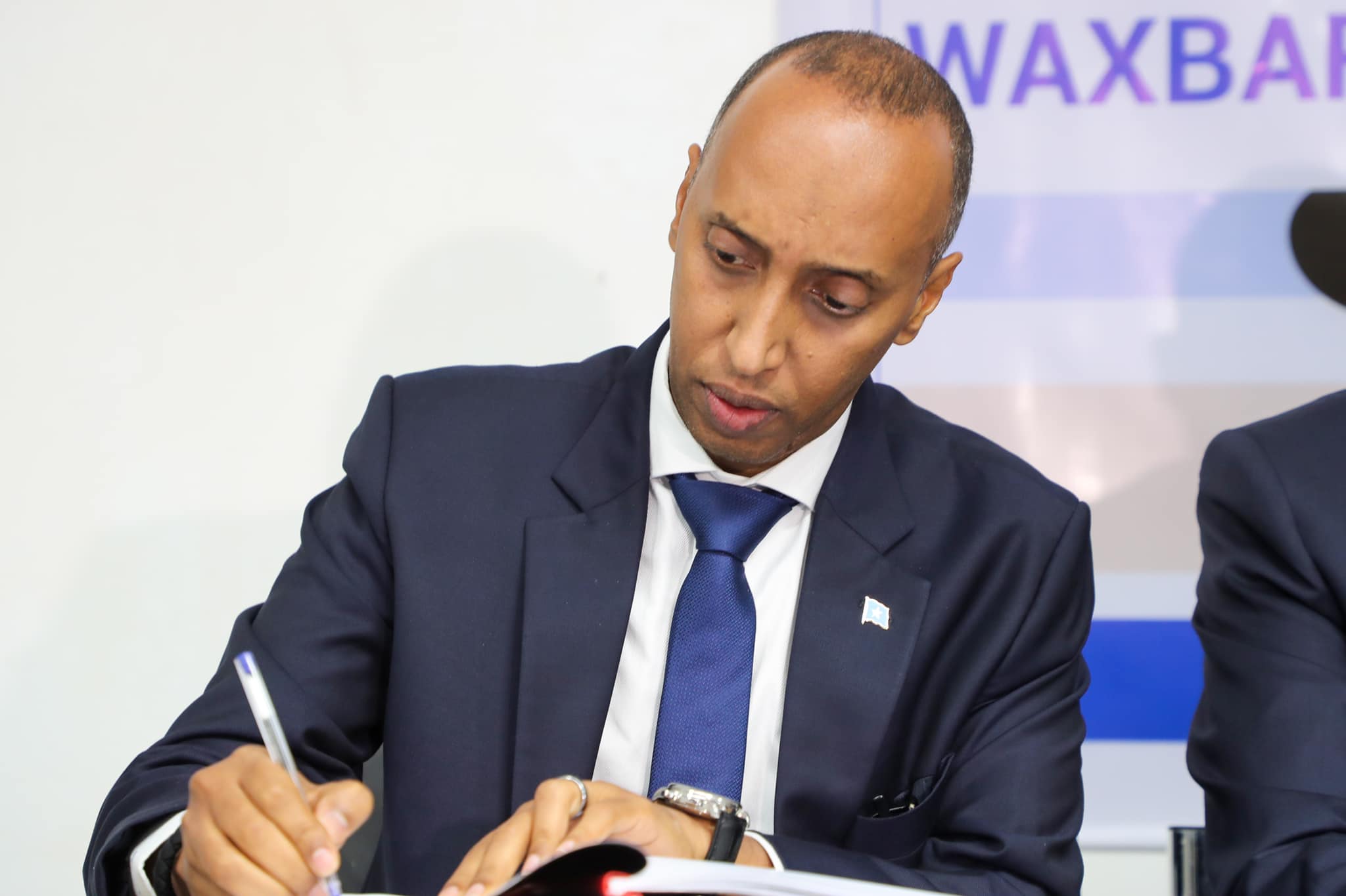 The AG did neither and his audit report is factually incorrect. Here is why:

A complete set of financial statements

A financial position (balance sheet) shows what the government owns and owes, and cash flow statements record cash received and paid. These two disclosures combined form a complete set of financial statements (there are other important disclosures outside of the scope of this article for now).

The balance sheet is fundamental to the concept of double-entry bookkeeping without which it would be impossible to assess the government’s financial position. Article 156 of Somalia’s Financial and Accounting Procedure Law requires the government to prepare a statement of assets and liabilities (i.e. balance sheet) as part of its financial disclosures.

The Somali government also uses a method called Cash Basis (CB) which is primarily used for either its simplicity or by governments in transition to move to a general-purpose framework, such as the International Financial Reporting Standard (IFRS). Given its inherent limitations, CB is a method and not an accounting standard which cannot be permanent substitute for accrual accounting (i.e. IFRS).

This is where the problem starts: the government’s 2019 (and 2018) “financial statements” did not include a balance sheet in breach of the requirements of Somali law (Article 156). Critically, it also meant, as there was no balance sheet, the government’s accounts, which only consisted of cash flow statements, were wholly incomplete and thus could not possibly be audited in line with the ISA. In the circumstances, the only appropriate options for the AG would have been to decline to audit the accounts; disclaim the audit opinion altogether on account of limitation in scope (i.e. non-compliance with the law); or just stick to the compliance audit (which is distinct from financial audit). The AG did not do any of this but rather came up with his own audit approach outside of ISA.

Why the AG’s audit opinion is factually incorrect

This is where the AG’s financial audit begins to unravel. Somewhat inexplicably, but wholly erroneously, the AG issued a qualified audit opinion on the cash flow statements, and what looks like an adverse opinion on the balance sheet. In so doing, he seems to have invented his own audit approach outside of the ISA. Whether this was done unwittingly because of lack of auditing knowledge, or indeed deliberately, it is a basic misunderstanding of global standards on auditing.

The audit report thus ended up with a qualified audit opinion and a disclaimer within a few paragraphs apart: one saying the cash flows are true and fair, the other saying the opposite about the balance sheet.

By way of analogy, it is like claiming to assess the overall roadworthiness of a car and concluding that, even though the car has no engine, it has four wheels which confirm the car is in good operating condition. It is simply absurd.

It is impossible to perform a financial statement audit without a balance sheet, more so when cash basis is in use. The inherent audit risks besides, the reconcilability of accounting items is lost because the accuracy and completeness of cash receipts and payments cannot be independently verified against assets and liabilities on a balance sheet.

Second, without a balance sheet, there is no accounting of what the government owns and owes, including the value of contracts and concessions given to domestic and foreign companies. There is no quantification of the government’s commitments that give rise to economic benefits or future liabilities in the form of economic outflows. It would also be impossible to establish the true ownership and value of all government assets, including buildings, property and equipment; and there would not be an audit trail which discloses all of the government’s contingent assets and liabilities, the value and economic implications arising from all the legal contracts of the government.

In other words, using cash accounting without a balance sheet is the perfect cover for fraud and misappropriation, hence the reason the Somali government would rather break the law for two years in a row than prepare one. The whole point is to obscure the traceability of funds used; ownership of key assets and obfuscate the nature of future liabilities – especially in relation to the contracts and concessions with foreign companies. What the AG did was bless accounts that he knew were incomplete, did not meet ISA and were contrary to Somali law.

Here is one small example of why the lack of balance sheet is convenient for the government. Note 8 in the government’s financial statements says $14.8 million was used to acquire assets, including $13.6 million for “other fixed assets” that no one explains. These were written off in the same year, contrary to accounting standards. Now, if one looks at note (l), all capital items are expensed as per cash basis. This is also incorrect. Cash basis is not an accounting standard, but a method of keeping records. If you look at Note (J) on the same page, it says the government uses accrual accounting and prepares a balance sheet for liability items. Moreover, in the compliance audit, the AG confirms there are no asset registers in place. In effect, these cash payments were used to acquire assets but no one can check where these assets exist because there is no balance sheet.

If it sounds circuitously confusing. It is. The same trick had been used in the 2018 accounts ($9.9 million was spent that year). These are the sort of egregious examples that cast serious doubts on the overall reliability of the government’s entire accounts.

And these are not the only problems in the audit report

Section 2.1 in the basis qualified opinion notes that the Ministry of Endowment used $1.7 million at source outside of the government’s books. However, in the compliance report, the AG and the Ministry confirm this money was deposited into the Central bank account. Here, the AG’s own findings are contradictory. Is there an attempt here to hide the fact that the funds were in the CBS account and disappeared from there, rather than used up by the Ministry at source? We don’t know.

Moreover, the lack of financial statements and appropriate governance controls and reconciliation of the buffer fund which held c. $108 million is another serious red flag. The AG did not do any additional audit procedures as would have been required under ISA, given materiality.

In the compliance report, there were $14 million spent on contracts whose value for money the AG could not substantiate; $7.8 million for running costs with no receipts; $2.2 million for travel expenses with no ticket or boarding pass; and another $2.7 million for miscellaneous expenses (including medical bills for the parliamentarians, wrong bidding, etc). That is $26.7 million for which no one in government could adequately justify or produce a single receipt. For instance, Banadir Regional Authority took $1.7 million out of the central bank accounts and did not bother to respond to the AG, let alone provide adequate evidence. Again, no assessment was done on the materiality and pervasiveness of these issues.  This is another very serious contravention of ISA requirements.

Of the 136 recommendations for improvements from the 2018 audit, 102 were never implemented (including internal audit functions) and 34 only partially. The implications of these for the overall control environment for each department was not considered as required by ISA.

A number of other findings in the AG compliance report are work in progress, in dispute or contradict the AG conclusions. An audit report needs to have firm conclusions, rather than hanging questions.

The lack of balance sheet besides, these other issues individually and combined point to a level of control failure that is worse than pervasive, as well as inadequacies in the audit approach. This is another reason why the AG’s opinion upgrade, as if the government controls had improved, is not only is factually incorrect but also misleading.

The AG office is the last line of defence. His job is to challenge, verify and provide robust scrutiny to the government. The issues highlighted here will not promote the credibility to which the AG’s office aspires, but will seriously damage it instead.

These audit failures also highlight fundamental issues of independence and governance. Somalia’s AG is directly appointed by the president without parliamentary oversight. The AG’s office is not subject to adequate governance in the form of independent non-executive directors that can provide effective oversight over the AG’s decisions as is globally the norm. These weaknesses make the AG’s office an extended arm of the government of the day – another contravention of ISA.

The lack of proper AG scrutiny has damaging side-effects too. If the government is not complying with the law and forcing the AG to cook his audits to suit it; if no one is taking notice of his audit findings and recommendations for improvements; and if government departments know they can continue to be brazen in their misappropriation; then the whole concept of auditor general unravels and becomes unfit for purpose.

By applying international audit standards appropriately and robustly, as he should, and being suitably independent, the AG will be protecting his own ethical and competency standards and will bring credibility and accountability to the country. This is not happening at the moment.

The AG should re-look at his 2019 financial audit report again and reflect carefully on whether anything in the government’s accounts can be considered to be true and fair.

The author is a chartered accountant.
References: https://oag.gov.so/audit-reports/ 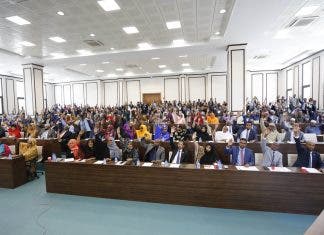 Caasimada Online - April 13, 2021
MOGADISHU (Reuters) -Somalia's lower house of parliament voted on Monday to extend the president's term for another two years but the Senate rejected it...