Scientists on Friday urged governments in the east African region to promote large scale growing of Gum Arabic tree as a means to reduce forest degradation.

Speaking in Nairobi during a workshop on the development of a regional policy and strategy, the scientists said that governments should promote growing of this tree species by supporting communities to produce and sell the products as they protect the forests.

“The growing and protection of trees with value like Gum Arabic that is a key ingredient in food and pharmaceutical industry globally is capable of making regional countries meet the United Nations Sustainable Development Goals (SDGs) and improve national forest cover as well,” Edward Kilawe, UN Food and Agricultural Organization (FAO) Forestry Officer for Eastern and Southern Africa sub-region, said in Nairobi.

Kilawe observed that with the adoption of such trees that have the potential of growing mainly in the Horn of Africa, communities will be shielding forests from illegal loggers as they harvest the gum.

He said that the Intergovernmental Authority on Development (IGAD) member countries have the potential of growing the tree and benefit from it. 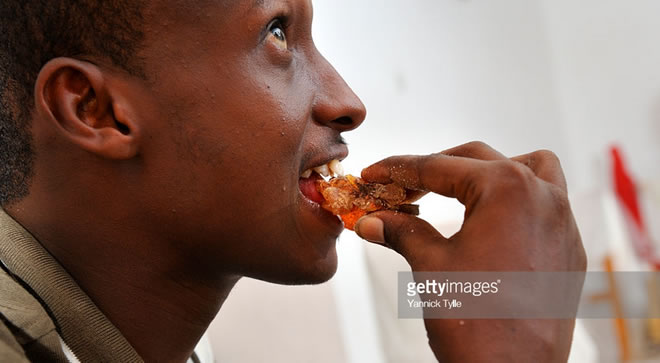 Kilawe however called on governments to ensure that communities are not exploited by middlemen by ensuring that value addition is done at the harvesting stage as opposed to selling raw products.

He said that gum Arabic is a sap from the branches of Acacia Senegal trees. He noted that gum and resins are used for medication, food, additive to soft drinks, confectionery, pharmaceutical, adhesive, for making paint and printing color and is also a natural emulsifier, which means that it can keep together substances which normally would not mix well.

Kormawa noted that alongside agriculture, forestry is capable of generating revenue as well as improving the Gross Domestic Product (GDP) for the countries in the sub-region.

He noted that the sub-region is known to suffer from adverse impacts of climate change but with the massive introduction of gum Arabic tree, the effects could be managed.

Mohamud Ismail, the Technical Adviser to the Somali Directorate of Environment, said that gum Arabic does not require a lot of water to thrive.

He said that before the Somali government collapsed in early 1990s, gum Arabic was the second to livestock in generating GDP for the Horn of Africa State.

“Our farmers sell the products to buyers from Dubai, Yemen and Oman who prefer Frankincense, Myrr and Opoponax that are harvested from Acacia,” said Ismail.

According to Abdelhai Shariff, Head of Planning and Policy at the Sudanese Forest National Corporation, Gum Arabic, also known as acacia gum, is a natural gum consisting of the hardened sap of various species of the acacia tree.

He said that Sudan produces over 80 percent of the product from the central region of the country due to the government’s involvement in the whole value chain.

“We have organized producers into associations (GAMAS) and to date we have some 3,000 associations where members, including women play equal role,” Shariff noted.

Shariff revealed that through the GAMAS, they are capable of accessing loaning facilities that have helped improve their livelihoods.

He revealed that all producers have land title deeds that they use to acquire loans as collateral and are also trained on the importance of belonging to an association.

“This approach has helped the country earn lots of revenue from the products as well as keep the forest cover growing,” he added.

“The region has a high potential of producing Gum Arabic. Emphasis should be put in all IGAD member countries to adopt the tree due to its potential,” he added.