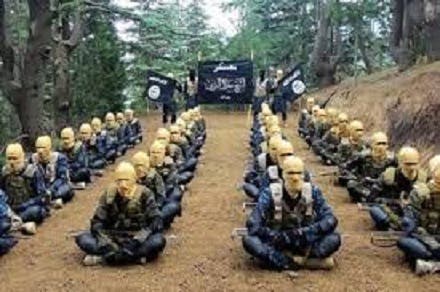 MOGADISHU (Caasimada Online)—The Islamic State of Iraq and the Levant (ISIL) has claimed to have shot and killed a government soldier whom it says was an intelligence agent in Somali capital Mogadishu.

The group says its fighters killed a security soldier following a brief gun fighting at largest Bakara market in the capital of Mogadishu.

“We have assassinated an intelligence soldier after a clash in the capital”, said in a statement aired by Amaq, an ISIL mouthpiece.

Last month, the group claimed to have assassinated two government soldiers in Mogadishu.

Since emerging in October 2015, pro-Islamic State forces in Somalia have operated at a relatively low tempo, although the group’s activities intensified through 2017 and expanded south to the capital Mogadishu at the end of the year.

In November 2017, the Islamic State in Somalia began to rapidly expand its attacks in southern Somalia, specifically in and around the country’s capital city, Mogadishu.