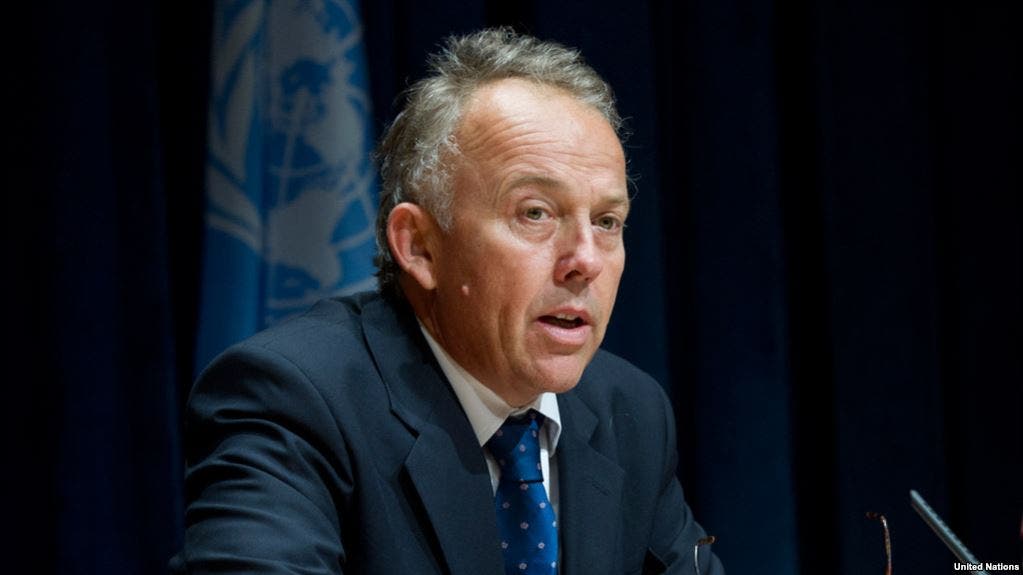 MOGADISHU (Caasimada Online) –The troubled Horn of Africa country, Somalia, is still vulnerable but is making progress towards a more stable future, according to the UN’s most senior official in the country.

Michael Keating, the Special Representative of the UN Secretary-General, says the situation in Somalia, politically, economically and from a security perspective is improving; but he adds that after 30 years of civil war, long-held grievances are impeding progress in the country.

Mr Keating is leaving his post on Friday – he’s also head of the UN Mission in Somalia, UNSOM – after more than two and a half years in the job.

Daniel Dickinson sat down with him at UN Headquarters in New York to discuss Somalia’s future.