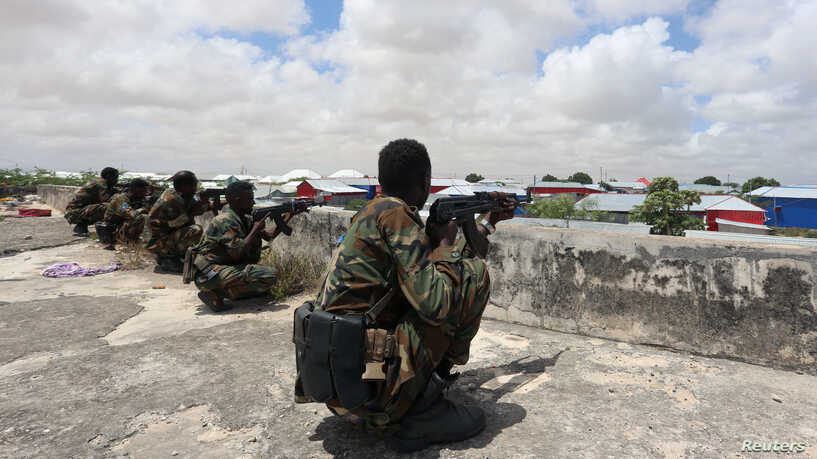 At least three soldiers were killed and four others wounded Tuesday when rival Somali government forces clashed in the capital, Mogadishu, witnesses said.

Clashes erupted when Deynile district authorities attempted to demolish homes in the outskirts of Deynile neighborhood and a rival unit blocked them prompting the fierce clash.

A local resident who spoke to Caasimada online said there was a heavy exchange of fire which lasted for some hours.

“We heard the sound of heavy gunfire, we were unable to get outside,” he said.

The infighting between the militias within the armed forces has been a reoccurring event in the past few months claiming the lives of many of civilian lives.

Somalia has been riven by civil war since 1991, when clan-based warlords overthrew a dictator then turned against each other.

The weak U.N.-backed government is now battling an Islamist insurgency, which frequently carries out attacks in the capital Mogadishu and other parts of the country.

The group wants to overthrow the central government and establish its own rule in the country, based on its strict interpretation of Islamic sharia law.